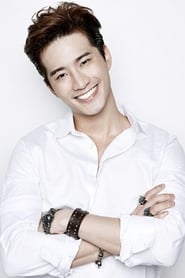 Bie Thassapak Hsu is a singer and actor who also is known by the name Hsu Thassapak. He was born on October 30, 1991, in Taiwan, but he moved to Thailand age the age of 14 and then debuted as a singer at the age of 18. His Mother is Thai and Father is of Taiwanese descent. He made his acting debut in the 2014 television drama “Club Friday the Series Season 5.” He has since appeared in a number of Thai and Chinese dramas, including “Cinderella Chef” (2018).

Ex-hitman John Wick comes out of retirement to track down the gangsters that took everything from hi...

Simba idolizes his father, King Mufasa, and takes to heart his own royal destiny. But not everyone i...

In the year 180, the death of emperor Marcus Aurelius throws the Roman Empire into chaos. Maximus i...

Twelve strangers wake up in a clearing. They don't know where they are -- or how they got there. In ...

A former basketball all-star, who has lost his wife and family foundation in a struggle with addicti...

Tai is now a university student, living alone, working hard at school, and working every day, but wi...

The true-life story of Christian music star Jeremy Camp and his journey of love and loss that looks ...

The powerful true story of Harvard-educated lawyer Bryan Stevenson, who goes to Alabama to defend th...